You Are Always More Important

I’m happy to say that I’m pretty sure winter is over. At least here in Baltimore. ;)

But people are still talking about winter, and today, when it’s sunny and 71 degrees outside, I found myself reminded of a conversation I’d had more than a few times during the snowy weather, about people who live some distance away from where they work, and routinely hope for blizzards so they won’t be able to drive in.

That conversation always reminds me of my own commuting days. And more, of the crazy experience I’d had when I was 22, of having been rear-ended while sitting still EIGHT times in one year—half those times in wet or snowy weather, on the way—you guessed it—to or from work. The joke I told was that I felt like I had a bulls-eye on my back bumper with a sticker that said, “Take your best shot.” Fortunately, I was only really hurt in one of the accidents, but my poor car wasn’t able to say the same thing.

My biggest “injury” came in the form of being seriously scared to drive for a while. It also became a huge blessing, because it became the impetus for my creating a huge personal standard with regard to driving in inclement weather that serves me still.

The standard was that I didn’t drive in snow. Especially not for work. I told employers I’d be happy to take a sick day, personal day, vacation day, or day off without pay if/when it snowed and driving conditions weren’t good in my opinion. It never prevented anyone from hiring me, and it never got me fired when I didn’t work.

Was my work ethic lousy? Nope. My sense of self-preservation was simply higher than my work ethic. For me, there are just some things I’m not willing to risk. Driving in unsafe conditions is one of ’em. Truthfully, I’ve yet to meet the job, or the opportunity, worth risking my life for.

I do understand that it’s no fun being the person told she has to stay at work because the person coming to relieve her has called out. Back in the day, I was in that spot a time or two, myself, but in reality, FWIW, I was more angry with myself for not telling the boss that I was leaving (doing what was best for me) when the roads got bad, than I ever was at the person who stayed home.

I realize the story I just shared dealt with working outside the home, and that most of us are home-based. Still, it’s important to have high standards around how you’ll handle times when you simply cannot work. My experience tells me that too few VAs have any standard around this, much less high ones.

So let’s talk about taking time away from your business. When you’re sick, when your kids are sick, when you need a mental health day, when schools are closed, when Mother Nature drops a ton of snow on you and you have to spend the day dealing with it, when you’ve been asked to do ____ for Rotary, at BNI, at Toastmasters (for instance), and driving would be dicey, you deserve to be able to not work/not go, and have your clients and others be ok with that.

The key to making it ok is having standards, and then letting your clients and other important people know those standards at the beginning of the relationships (optimally), or as soon as you develop a standard once inside a relationships (for instance, if you don’t currently have a standard about this, but create one as a result of reading this post).

The standard, stated to the client, can be as simple as, “I reserve the right to be away from my office and business in the case of illness or other life situations that make it appropriate for me to do so. I expect those instances to be few, and will let you know as soon as I’m aware of the need to be unavailable to you in the way that we’ve agreed to.”

In reality, it isn’t that you don’t care about your client or his needs. It’s simply that you care more about yourself. I’m here to tell you there’s absolutely, positively nothing wrong with that. What stops people from choosing their own interests over what others expect isn’t usually the worry that it’s wrong-headed, but the fear that clients will fire them as a result, or that the opportunity missed won’t come again. 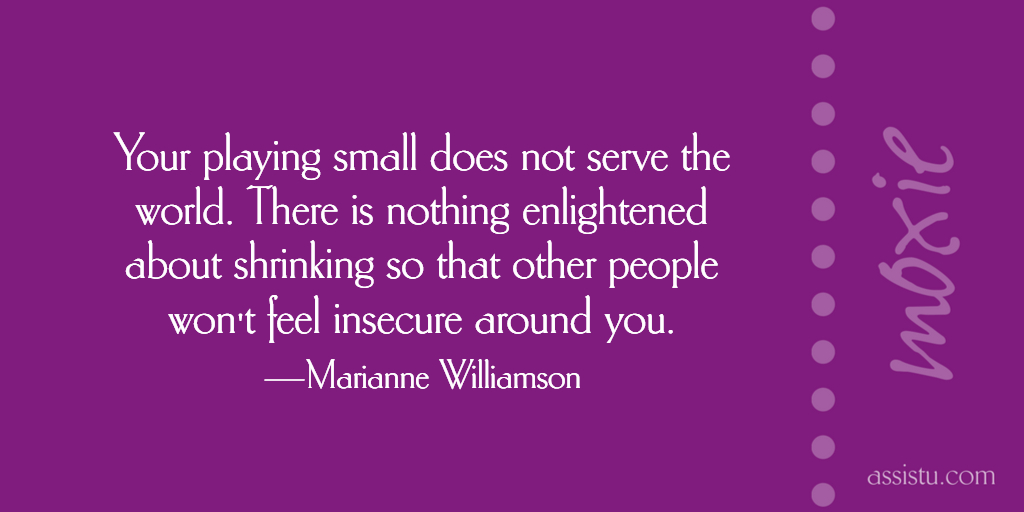 Fear…if that’s what has you agreeing to do something other than what you know is best for you, you will keep doing for others, at your own expense. If you’re that person, what I want you to consider is this: How much do you have to lose or suffer before you understand that you shouldn’t have to lose anything or suffer even for a second? If the people you’d be saying no to cared one half as much about you as you seem to care about them, they wouldn’t want you to do that. That they expect it, are bothered by your doing what’s good for yourself, or might end your working relationship because of it… well, what does that say about them and the relationship you have?

Once you really, really, really get, deep down, that you don’t have to lose anything or suffer even a little bit for others, and that being good to yourself has to come before being good to anyone else, creating a standard around taking time away—for any reason–from your business will be easier. And communicating that to the people who need to hear about it will become a breeze, as well.

Just remember that in your world, you matter most. You are the sun around which the planets rotate. From that place, create your standard.