When You’re Seduced by Potential, Let It Be Your Own 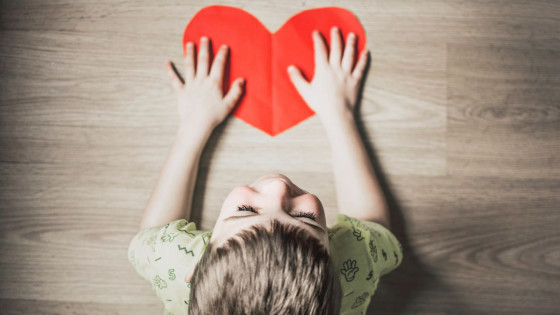 We are pure potential.

I’ve often said that seeing The Matrix was a spiritual event for me, because it was in that movie that I got super-clear that anything is probably possible (including jumping across buildings, bending spoons with our minds, and flying), but what holds us back is the belief(s) we hold about being able to do those things.

For instance, if we believe in the law of gravity more than we believe we can fly, we will never be able to fly. We all get that.

Did you also know that while you can teach someone the mechanics of riding a bike, as long as she believes she can’t balance on two wheels while steering and peddling and all the other stuff she has to do to ride, she won’t ever be able to?

In the same vein, you can teach someone the mechanics of swimming, but if she doesn’t believe she can float, she won’t be able to swim.

There’s so much we could do if we just believed we could.

As Richard Bach wrote, “Argue for your limitations, and sure enough, they’re yours.” Sadly, we argue for ours an awful lot, mostly unconsciously.

On the flip side of that is what we choose to believe about others. We humans are funny creatures—we want to believe the best in others. We want to see it. We search for it. We give the benefit of the doubt. We refuse to see red flags even when they’re waving in our faces. We hope people will be “different” with us. We trust that love, or time, or God, or therapy, or the relationship we’re in together will make them “different” or “better.” We suffer barbs and indignities, choosing to argue for the potential in another to become more than is actually in evidence. And we do it again, and again, and again.

If you’ve ever had someone scream at you or treat you badly, only to say inside yourself, “Oh, she didn’t mean it… she must be having a bad day,” you know precisely what I mean. Even Anne Frank, who lost so very much, is most often quoted this way: “I still believe, in spite of everything, that people are truly good at heart.”

Why is it that we can stand strong, believing in the potential of others at all costs, and often getting royally beaten up in the process, yet we give up on our own potential with very little trouble at all?

Risk. It’s all about risk.

I don’t want to dive deep into whether you should go for your dreams. In truth, you don’t have to. You get to choose. And no one on the planet gets to tell you that your choice is wrong. Your life. Your way, baby.

What I do want to get into is the myth, if you hold it, that believing in the potential of others isn’t risky for you. The reality is that it very well may be, depending on how you do it. It’s absolutely risky unless you believe—without attachment to the outcome, and your beliefs are based in reality instead of fantasy.

Believing in the potential of another is realistic when you get that it’s her life and her potential, and whether she does something with it or not is her decision. It’s not your decision, and it’s not yours to feel disappointed about if she doesn’t do what you believed she should. Believing in the potential of another is fantasy when you’re tied to the outcome and feel a personal loss when whatever you wanted to see happen doesn’t.

Believing that someone didn’t mean to yell at you is realistic if your experience of the person is that she never (or almost never) yells. It’s fantasy if yelling at you is a regular behavior and you’re holding out hope, hanging the moon on her potential; that she’ll change, one day. It’s even worse if you hold out hope that she’ll change for you or because of you.

What’s risky is being seduced by an unrealistic longing for what “could be.” That seduction ties up your energy, your brain, your heart, your time, pumps adrenaline through your system from the drama of it all, takes you out of the present, and can absolutely prevent you from living your own life.

When you realistically invest in potential, magical things can happen. When it’s unrealistic and pie-in-the-sky, you almost never get what you want, and what you do get is entirely painful and sometimes absolutely heartbreaking.

Now back to you.

If you’re engaging in risk-taking around the potential of another, and you are risk averse for yourself, stop, and ask yourself how that makes any sense whatsoever. Why, if you’re going to take a risk on someone’s potential, would you put all that good juju behind someone else, rather than yourself? Risk is risk, whether it’s looking in your direction or someone else’s. And you, my friend, are absolutely worthy of risk-taking for yourself.

So, the next time you want to tenaciously hold out, hope for, and bet on the potential of someone… please have the moxie to go all-in on yourself. You may just hit the proverbial jackpot. And when you do, you’ll know why the only  potential to be seduced by is absolutely your own.