This Business Lesson Took Me a Decade to Unlearn. Here’s How To Do It Faster. 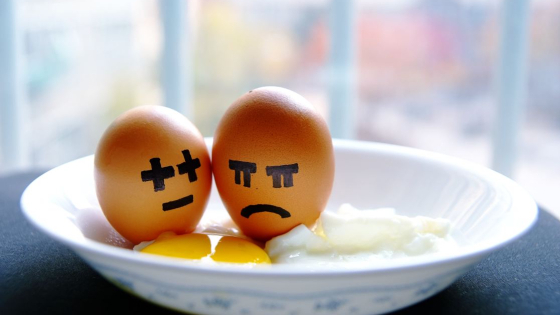 Every-other week or so, we ask the VAs in our community a question meant to spark conversation and learning. I always chime in!

Recently, my team posted this:

“What business lesson took you the longest to unlearn?”

I was amazed, but it took me a full week to be able to answer it.

When I did, here’s what I wrote:

“People may not like what you’ve decided to do or the way that you’ve done it, and they may talk badly of you, but as long as you’re behaving with integrity, nothing they say about you will matter to the people who matter.”

I remember needing to fire a client. He was genuinely toxic, and I spent a lot of my time off-kilter, and regularly crying. I kept him in my practice faaaaaar too long because he was “somebody.” More, he was a HUGE “somebody” in the profession I wanted to work with. And I imagined that if I ended our working relationship, he would tell EVERYONE, and no one would ever work with me.

Then there was one particularly painful day, and I just knew that, no matter what, he had to go.

To do it the best-possible way, I reached out for help. I got some great advice, and ended the relationship quickly, and via email.

His response to my email? “Ok.” I never heard from him again.

And, my friend, I have to say that the relief I felt was ginormous. Maybe better than anything I’d felt up that that time in my life. Sad, huh??

The relief was short lived, as I waited for the other shoe to drop. You know, the shoe that would have all the other people in his community walking away from conversations and work with me.

But, that shoe didn’t fall.

Either he didn’t speak badly of me anyone, or they didn’t believe him. I don’t know which it was, but I also tried really hard not to think about it; I wanted to 100% focus on doing good work and being the best I could be.

I went on to have similar experiences a few other times in professional relationships, all complete with the worry of being spoken badly about by someone who could make things professionally difficult for me. No one ever did.

But I continued to have the experience until I learned to do things differently. I think it probably took me a decade to unlearn what I’d believed to be true. That’s a long time to struggle and a lot of stress to deal with!

If you’d asked me then, I wouldn’t have seen that I thought that all of the power belonged to other people.

That, friends, was a result of what I learned about power dynamics in work relationships during my time as an employee. There had never been a minute where I’d had equality in the relationship, or real ability to create my own outcomes—assuming I wanted to keep my job.

And this learning followed me into my own business, as it absolutely might have followed you.

What worried me was my perception that the power of the other person was bigger, stronger, and more important than the power of the work I did, who  I was in the work, and the reputation I was building for myself. I let the bully—or the person I perceived to be the bully—win.

But here’s the thing I’d like you to remember and what can help you unlearn this power-dynamic lesson faster than I unlearned it: When you do whatever it is that you know in your bones is right for you, the bully can’t win. So, be brave and do that.

Right now, I know that all you have is my word for the fact that you’ll be fine if you disregard the bully. But once you do it and you see that you’re fine, your entire future of relationships with everyone will be different—and likely far better.