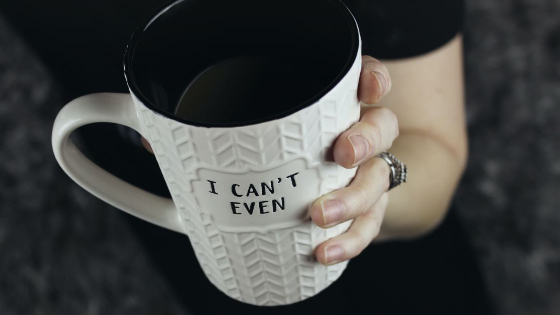 Rose scheduled an on-the-spot coaching session with me. When she called, she immediately shared that she was overwhelmed.

As I listened to her, it became clear that she was overextended; she’d simply agreed to do to much for too many (her VA clients, friends, and groups she belonged to). I asked her why she thought she did that; she hesitated a minute and then said, “I don’t know. Aren’t I supposed to be able to do it all?”

After disavowing her of that little notion I said, “Ok — which of these things you’ve agreed to do can you most easily get out of?”

“None!” said she, “I’ve given my word so I have to do it…I just need to figure out how I’ll get it done without making too many mistakes.”

If, like Rose, you believe you have to do everything you agree to, consider that your real primary responsibility is to yourself and to your self-care, and that you should never hesitate to tell the truth about anything, including saying whatever needs saying, or doing whatever needs doing to prevent or relieve overextension. Including saying “no” after you’ve said “yes.”

Here’s something most of us don’t learn as kids: We can always change our minds. We can absolutely say no after we’ve said yes.

In case you want to extricate yourself from a commitment, here’s a gracious way to make it happen:

First,  do it as soon after having made the commitment as possible (this means do it as soon as you think about it, whether an hour, a day, or a month after you commit—don’t procrastinate, think about it for a week, wring your hands and gnash your teeth worrying about whether it’s the right thing to do).

Then, call the person/organization you committed to and simply tell the truth: “Jane, I know I said I would do ________, but I realize I made a mistake and actually can’t take that on/continue to do that.” If it makes sense, you can offer to help Jane find someone else to handle it, and you want to make it clear that, no matter what, you won’t be doing it yourself.

Jane may not (probably won’t) like it, but at the end of the day, she’s better off having to find someone else to handle it than for you to either do a lousy job due to not having enough time to really focus, or having you resentful and not doing your best work. She also has to give you props for telling the truth rather than continuing to do something obviously wrong for you to be doing.

The more you get yourself out of places you don’t want to be, the more naturally conscious you become around how quickly you say “yes” to things, and the fewer things you’ll say “yes” to.

Protecting your time and energy for the things that matter most to you in all areas of your life adds more aliveness to your living. And that’s a good thing, any way you look at it.