A friend sent me this funny thing (whether or not it’s factual is in debate!):

You’ve Gotta Love the Irish! This is the transcription of the ACTUAL radio conversation between the British and the Irish off the coast of Kerry, October 1998. Radio conversation released by the Chief of Naval Operations 10-10-98.

IRISH: Please divert your course 15 degrees to the South to avoid a collision.

BRITISH: Recommend you divert your course 15 degrees to the North to avoid a collision.

IRISH: Negative. You will have to divert your course 15 degrees to the South to avoid a collision.

BRITISH: This is the Captain of a British Navy Ship. I say again. Divert YOUR course.

IRISH: Negative. I say again, you will have to divert YOUR course.

BRITISH: THIS IS THE AIRCRAFT CARRIER H.M.S. BRITANNIA! THE SECOND LARGEST SHIP IN THE BRITISH ATLANTIC FLEET. WE ARE ACCOMPANIED BY THREE DESTROYERS, THREE CRUISERS AND NUMEROUS SUPPORT VESSELS. I DEMAND YOU CHANGE YOUR COURSE 15 DEGREES NORTH. I SAY AGAIN, THAT IS 15 DEGREES NORTH OR COUNTER MEASURES WILL BE UNDERTAKEN TO ENSURE THE SAFETY OF THIS SHIP.

What’s this have to do with your virtual assistance practice? Depends. Maybe nothing. 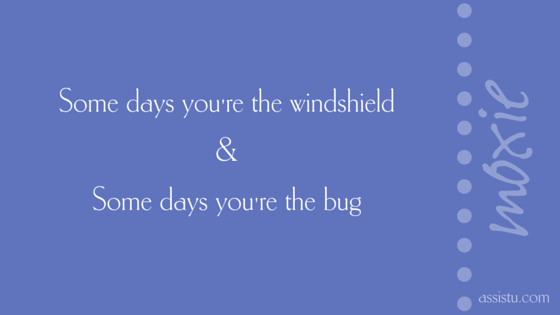 But if you’re the kind of person who routinely rails against the things in your life that are “unfair,” or fights to the death for the “principle” of the matter, or gets defensive when a client is upset or angry, it might be something that could be helpful to keep in mind.

Know which battles you want to fight, and which you should walk away from. Having high standards allows you to do this more easily, because you’re clear about what matters to you—and therefore, what really doesn’t. That allows you to know when to push back, and when to walk away.